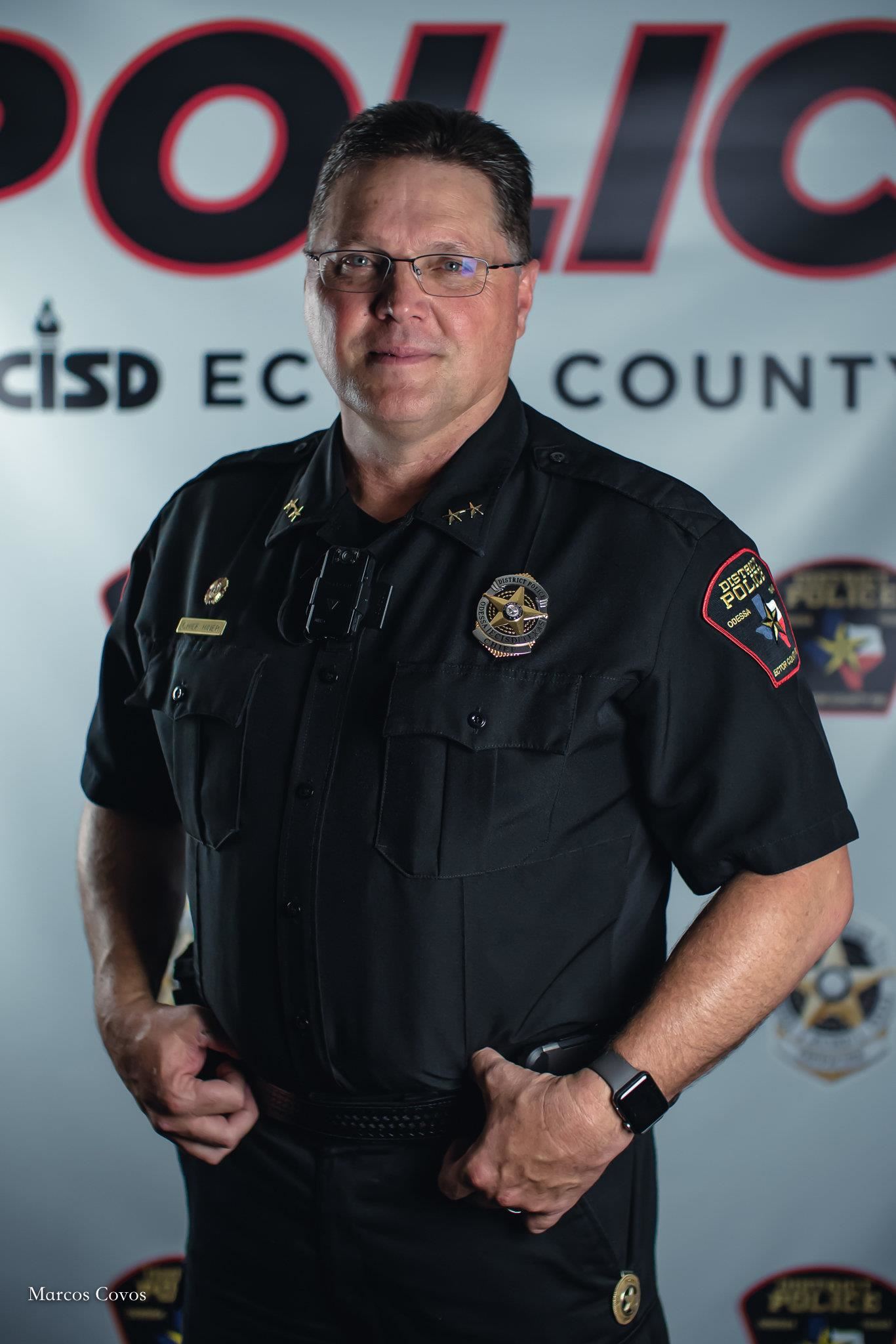 Chief Hiner began his career in Law Enforcement in 1989 at the Odessa Police Department serving four years for the patrol division, of which two years were spent teaching and mentoring new Police Officers during his service as a Field Training Officer. He competed for a position in the Detective Division and was promoted to a Detective Corporal serving four years as a Criminal Investigator.

In 1997 a career opportunity became available with the Ector County ISD Police Department. He made the decision to accept the position as a Campus Police Officer and as a G.R.E.A.T. Instructor for the district, serving ten years on campuses. He attributes his decision in the career move to his love for kids and education, and maintains a passion for keeping the campuses safe.

In 2007 a promotional opportunity as a Master Sergeant became available to Officers of the ECISD PD and Hiner competed for the position. He was selected and promoted to Master Sergeant where he served seven years aiding in the development of the department, training and supervising Officers.

2014 was the year that Hiner was selected to become the Police Chief of the ECISD. Chief Hiner continues to serve the public by implementing a community oriented department that provides services to the ECISD students, parents, faculty and staff.

Chief Hiner is a “Life Long Learner” continuing his education at The University of Texas of the Permian Basin.